One day after his directorial debut, 50 Cent sat down w/ Ebro in the Morning for a very open interview on some of the biggest topics surrounding his controversies and debates.
- During the conversation he explains why he feels Chris Brown is a better artist than Michael Jackson
- Feeling Like Teyana Taylor's next step is acting, does she have a role?
- Changing the 'Power' Intro back to singer Joe after the outrage behind Trey Songz's version
- Talking To Dr. Dre
- Will He Ever Work w/ The Game?
- Doesn't Believe Nicki Minaj should retire
- Not Allowing Wendy Williams Into His Tycoon Party
- His Thoughts On 6ix9ine
- We He Ever Squash Beef w/ Rick Ross?
- Why He Went After Teairra Mari
- His Instagram Posts Against Young Buck
#EbrointheMorning #Hot97 #50Cent
Follow us: 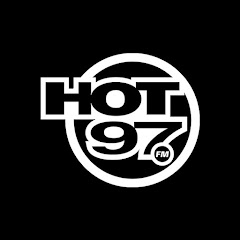