Special thanks to Raycon for sponsoring this episode!
Mulan is an AMAZING movie - the songs, the characters, the redefining of roles in society! During my previous Disney series of videos where I figured out the most deadly of Disney movies, Mulan peaked my interest for another reason. While researching the avalanche scene where the majority of the Huns were taken out, I learned a bit more about how the science of avalanches work. It posed the question, did Mulan's rocket attack REALLY defeat the Huns or did the Huns ACCIDENTALLY defeat themselves? You are about to find out!
#Mulan #Disney #MulanTrailer #Theory #FilmTheory #Matpat
Need Royalty Free Music for your Content? Try Epidemic Sound.
MORE FILM THEORIES
Credits:
Writer: Matthew Patrick
Editors: Forrest Lee and Dan "Cybert" Seibert
Assistant Editor: AlyssaBeCrazy
Sound Editor: Yosi Berman
Sources: 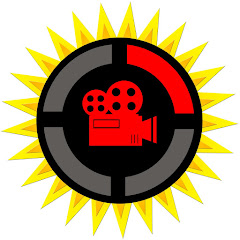